It was just 4 months ago that Yana Flame hosted her oustanding successful Fashion and Art Festival at the prestigious Horseguards Hotel central London. It was now time again for Yana to relight her Flame and celebrate her Anniversary Awards Show at the same venue to celebrate a year of exciting young international fashion designers collections, performers and up and coming new models.

The black tie event promised to be one of the highlights of the fashion year, and it did not disappoint. The event began with guests arriving from influencers of the fashion, art and show business industries, TV celebrities, media and magazine companies.

Certainly a great evening and opportunity for all to network with like minded people, The room was a sellout audience lining both sides of the catwalk excited and ready to enjoy one of the hottest events in the year.

During the show the guests were entertained by numerous vocalists and instrumentalists. I have to applaud Yana Flames ability to find such talented artists whose performances were totally outstanding and who could grace any Royal Gala Performance show at the London Palladium.

At the start of the show I was talking to someone with what I thought was a Frank Sinatra cd playing in the background, until I noticed a guy called Stanley Volk who is a Sinatra tribute singer, absolutely smashed his set.

Next up was a lady called Alesja who played electric violin. Wow, had to be the performance of the night for me, her skill and musical tone was simply amazing and made more spectacular by her flashing bra underneath her white blouse. There were other artists on the night Katie B and Elizabeh De Bransor, Angel McKenzie, Letitia Antoinette Kapuscinska who were also amazing but these 3 were by far world class acts.

Onto the fashion show hosted by Yana Flame herself and compared by the lovely
Deborah Jay Kelli.

The models showcasing the fashion collections were plenty, no shortage of young talented beautiful, graceful and professional artists at the top of their trade art by Yana Flame, Marta Chrostowska and  Anna Mazzotta.

First up of the collections was Yana Flame Queen Couture. We had seen some of the collection at the previous festival, but Yana had been working hard over the last 4 months bringing out classy new evening designs that had the audience rising to their feet, applauding the pure brilliance of her new exciting work.

Next up was the lingerie collection from fashion designer Angelina Kali. Sheer elegance of lace and satin decorated by Swarovski crystals to bring out the curvaceous beauty of the models. The designs were high class, elegant, beautiful and i am sure will take the lingerie high street market by storm.

Young Designer ‘Nataly design’ from Denmark who participated at Yana’s festival in Italy, showcased her second haute couture collection which definitely caught the eye of the Judges.

The night was coming to a close, but before the awards were handed out to deserving top model and top fashion designers, Yana Flame auctioned off one of her very first artistic paintings for charity. The oil painting done by pallet knives techniques was of icon Marilyn Monroe. The bidding was intense between 2 people which started from £50 and then the winning bidder stood up and shouted £500, and that was it won by actor and entrepreneur Scott Matthews. The amazing amount raised would be going to helping in supporting and sponsoring young talents for future Flame Festivals.

Now to the awards, the Winner Flame Top Model of The Year Award presented by the Lord of Westbury Stephan Young went to Angelina Kali. This was no surprise as her  grace, beauty, style elegance and professionalism were something to behold, truly stunning and well deserved by far.

— Best designer of the year for her stunning lingerie collection and also now top model of the year Angelina Kali, certainly the star of the festival.

— Top Creative collection of style and flamboyance went to the
amazing work of Rolle by Rolle London.

The Flame was dimming on a night of high fashion, art, top models, celebrities and guests. The evening was a great success and surpassed all previous festivals. One week has passed and social media is going crazy with excitement about this event.

Behind the scenes there were so many people to thank for making the show a
complete amazing extravaganza we would love to big thanks giving to the:
Host/Presenter Deborah Jay Kell,
Rebecca Lilley Event Creative Coordinator,
Valentina Cantenolli Backstage Manager,
Janet Laca Head of Models Department and Sasha Kulagina assistant,
Olga Atteman personal assistant Flame Queen Couture brand.

Yana Flame: «I am so excited about futures 2020 projects, it’s my year and I have so many projects. I will create some shows of course in London, also new projects coming in Marbella (Spain), Italy and Dubai and other countries this year. I want to bring the name of Flame to be more known worldwide and do my productions in other countries». 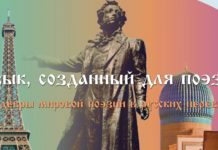 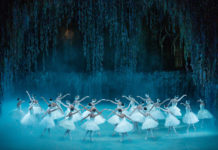 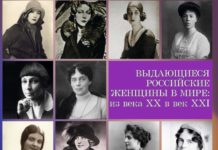